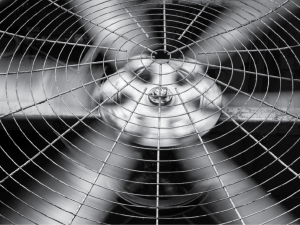 The bad news is that from 1979 to 2012, commercial buildings almost doubled their electricity consumption, from 2.2 trillion BTU to 4.2 trillion BTU. The good news is that the efficiency of use in those buildings is improving. A 2012 government report showed an average total annual energy used per square foot of commercial buildings was about 80,000 BTU per square foot. This is down from 91,000 BTU per square foot in 2003, a 12 percent drop in just 10 years. It is expected that those numbers will keep dropping as heating, ventilation and air conditioning equipment improves in efficiency.

Meanwhile, according to 2016 U.S. Energy Information Administration estimates, New York businesses spend $42.35 Dollars a year per Million Btu for retail electricity. That works out to about $3.39 per square foot at the average usage rate reported in 2012. On average, New York companies provide about 125 to 250 square feet of space per office worker. A company of 200 people using 30,000 square feet of space could therefore easily be spending $100,000 in electricity costs.

Indeed, New York commercial businesses spent approximately $11 billion on energy costs in 2016, providing electricity to 545 million square feet of more office space than any other city on the planet.

If energy efficiency were improved by 10 percent, that would save New York businesses $1.1 billion!

The SmartMarket 2016 World Green Building Trends report shows that “green buildings” cost 14 percent less to operate than traditional buildings. For our hypothetical business using 30,000 square feet, a 14 percent improvement would be $14,000 in savings that could be used to invest in other areas.

Therefore it’s not a surprise that demand for green Mechanical and Electrical Engineering solutions is rising rapidly. A recent report predicts that global spending on energy efficient commercial HVAC systems will double in the next nine years, from about $30 billion to $60 billion.

In a future post, I’ll talk about some of those major solutions and systems, and which ones are right for different types of business spaces.